What Is Blockchain Technology? How Does It Work? 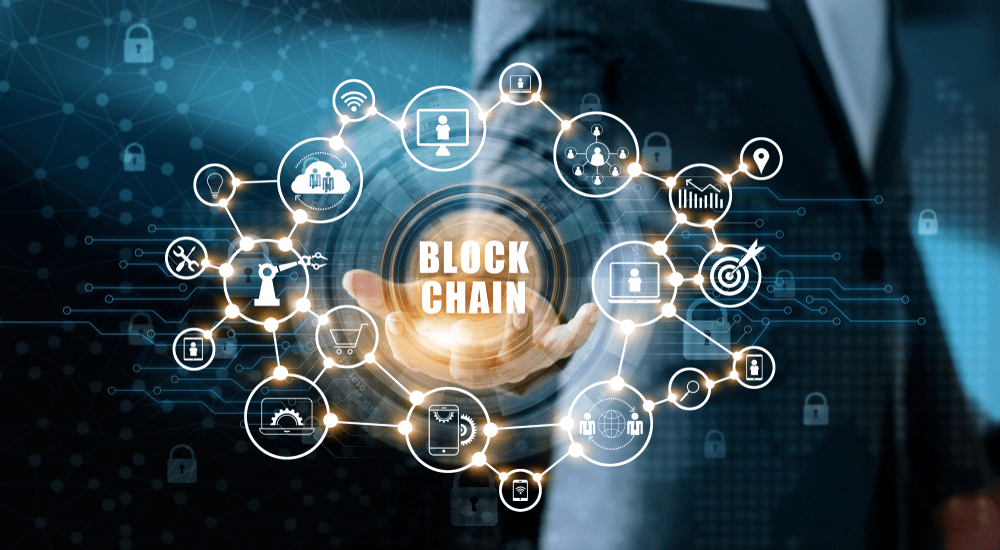 Believe it or not, the world is about to face a big disruption. And everything we see, do or experience is about to change big time. It will change the way we interact to the way we execute day to day business.

Gone are the days when we have to depend upon third parties like banks, internet service providers, tech giants to access or share information or to carry out our normal business. Now is the time when parties to any transaction can deal with each other directly without middlemen relying completely upon the technology.

This is a technology that is free from any bias and does not confer undue favor to anyone. This is blockchain and the revolution has already started.

What is Blockchain Technology?

The simplest definition of blockchain goes something like this – a decentralized and distributed ledger that records the ownership of a digital asset.

Now to understand it better, let’s break down this definition. Since blockchain at its core is a ledger. We should start with understanding this aspect of the technology. So, a ledger is a record of financial expenditure and receipts during a transaction.

That is why, if a person named ‘A’ sends money to a person ‘B’, using blockchain technology then it gets stored in it as a record of this transaction. However, it is the way of storing the data where lies the real difference.

Blockchain stores the data through decentralization and distribution. What do these terms mean in the context of blockchain, let’s discuss them one by one.

The distributive nature of data storage implies that the data is not stored in a single location instead it is shared with multiple members of a network. All the members are free to access the database. However, any change to the database is subject to the validation test by all the members independently.

So, when a new record is created or any change is done to existing data, all the members on the network scrutinize its validity and with the consensus of over 51% of the total members, the new record gets added to the database.

Once, the data is added to the record it is stored in the form of a block. Now comes the second aspect of Decentralization.

This aspect implies that the data records are publicly available for scrutiny and anyone can analyze and audit them for complete transparency. Although this will be after the owner of the data has provided the permission. Moreover, this whole process related to data management will be happening in real-time reinforcing transparency even further.

So, these are the components that make blockchain one of the safest data storing technique ever known to mankind. But now comes the question that how this work together to make blockchain, what it is?. Let’s have a look at it.

How does Blockchain Technology work?

To understand the functioning of blockchain technology we should understand its component. There are majorly three components:

As is evident from the name, Blockchain is the chain of blocks. Now, these blocks comprise the following elements:

Here, security is ensured through the storage of the hash. If the data in the block gets tampered with, the hash of that block get altered automatically due to the dependency of the hash on the different component of the block like data, nonce etc. This further leads to the discrepancy as the next block in the chain is unable to point to any other block. We can understand it by an example.

Miners are the ones who create a new block on the blockchain through the process of mining.

For this process, the miners have to find the accepted combination of nonce and hash. Once the combination is found the block is get added to the chain.

This is a time taking process as there can be around four billion combinations of nonce and hash for that block. The miners have to be traversed through these combinations in order to find the right combination.

Once the right combination is found, it is called the “golden nonce”. And after this, the block gets added to the blockchain and the miners receive financial rewards for the job in the form of cryptocurrencies. And this is new crypto through blockchain technology comes into the system.

In terms of cryptocurrency, miners are also responsible for checking the authenticity of the cryptocurrency. This includes checking whether the payee actually possesses the cryptocurrency it is paying in. And secondly, they also check that the transaction is successfully made and the currency gets transferred so that a single crypto is not used multiple times by the user.

The most important aspects of blockchain are distribution and decentralization that we discussed above. And these are achieved through the nodes. A node is an electronic device that stores the copies of the blockchains with a continuously functioning network.

This means that chains are stored across all the nodes on the network instead of on a single computer or server.

Each node maintains its own set of blockchain. When a new block is get added to the blockchain then it is validated by all the nodes on the network as discussed above.

Hence, these are the methods through which safety is ensured on blockchain technology on two levels. First, on the block level through encryptions and the other on the chain level through validation.

This is how they make the technological infrastructure based with the safe and secure blockchain. This includes cryptocurrencies like the OAH coins. If you want to explore the world of cryptocurrency that not only help you achieve high returns but also allow you to help a needy elderly. Feel free to be our volunteer and join our network of volunteers now.